With one of the biggest line up to date, Mad Decent Block Party returned to Los Angeles September 19th and 20th for two days of pure debauchery.

Over the last 10 years, the powerhouse label, Mad Decent, has remained one of the most influential and innovative group of producers, artists and performers across the globe. With big names on their roster such as Major Lazer, Dillion Francis, Mr. Carmack and many many more, ANY fan of electronic music, or any genre for that matter, should know not to miss the closest Block Party stop to their city. 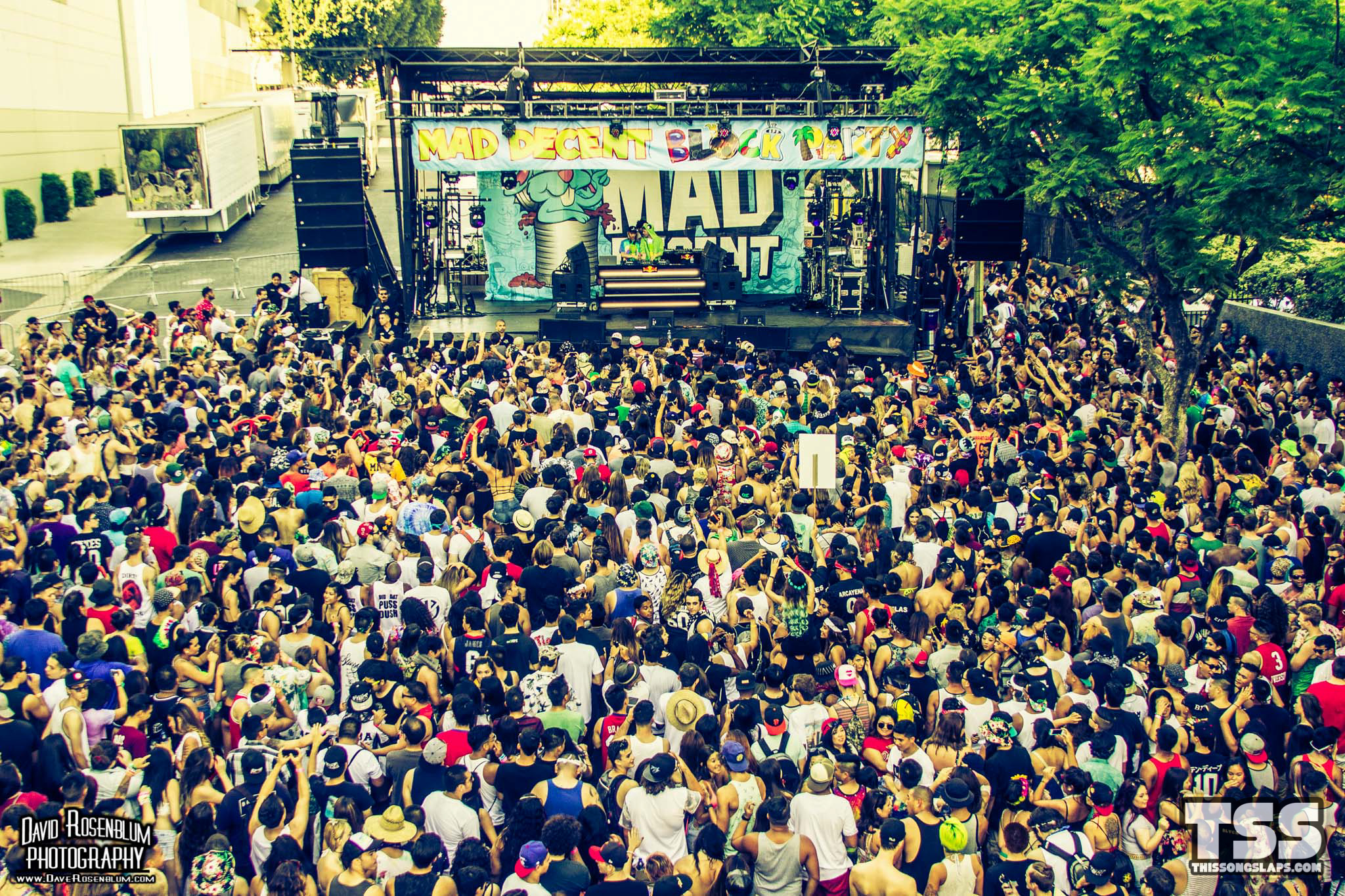 The Los Angeles Mad Decent Block Party is said to be the most authentic stop of the tour, as it is located in the heart of downtown LA. The two day party took place outside LA Center Studios, where the massive skyscrapers of the city offered some reprieve from the blazing California sun.  With the LA Block Party being one of the few cities to hold two consecutive days of Mad Decency, one could only expect Diplo (founder of the Mad Decent label) to have a few things up his sleeve. The first day of the Block Party featured a stacked lineup that included Major Lazer, RIFF RAFF, T-Pain, Netsky, Jauz, Paul Devro, TJR and others.

The Electric Sloth team came out for day two of Mad Decent Block Party LA, which featured Cashmere Cat, tropical house acts Klingande and Thomas Jack, trap producer Grandtheft, a live set from Cut Copy, and the mastermind of it all, Diplo. But Diplo wasn’t alone closing out the Sunday stage. Numerous special guests including Kehlani and Alunageorge, brought the female vocalist power for a fantastic performance alongside the Mad Decent king. Finishing the night with a bang, Diplo invited rappers Rae Sremmurd and Ty Dolla $ign (along with a plethora of other Mad Decent rappers) to the stage. To say the least, “Diplo & Friends” was far from a disappointment.

On a personal note, the diversity of music performed was quite refreshing after attending many bass-heavy festivals over the summer. The eclectic sounds of Cashmere Cat followed by some stellar tropical house from Thomas Jack provided the perfect setting to groove away my Sunday afternoon. French house duo, Klingande, took the stage next with their tropical beets and saxophone melodies. Any time an electronic act brings out a saxophone, or any live jazz instrument for that matter, I know I am in for a good time. And Klingande was just that: a FANTASTIC time. I was also very impressed with Cut Copy’s set, which featured a full electronic band. If there was any way to adequately describe Cut Copy’s style it would be “heavenly 80s new wave,” accounting for the blend of new and old electronic sounds characteristic of this Australian act.

Mad Decent Block Party never disappoints. I already can’t wait to see what the Mad Decent team has in store for 2016.