New Album Announcement: Above & Beyond “We Are All We Need”

We have very exciting news, ABOVE AND BEYOND will be releasing a brand new album January 19th!

Jono, Tony and Paavo are no strangers to the scene, as they have been touching the hearts of many for years.  With many Group Therapy tours as well as countless BBC Radio Podcasts, ABOVE AND BEYOND have made a huge impact on the dance music scene.  Their shows are they filled with thousands of people singing the lyrics to their songs, and their production features unique text visuals which are meant to hit ones’ soul. The atmosphere at an ABOVE AND BEYOND show has always brought people together in such loving and heart-hitting ways. Everything they do is beautiful. “Songs have an impact which is quite unparalleled in art,” believes Tony. “Poetry can be powerful, great literature is another great informer and educator, but few of us can remember any significant words from the great books or poems we read. But something amazing happens when you put words to music.”

Not only have they gone through a musical journey, but their fans have done the same.  Music is powerful, especially when the music makes oneself feel understood. It is a truly beautiful thing the way music can bring strangers, friends and lovers together, and these guys have been doing that for years.

“The one thing I didn’t expect to happen on the scale it has, is how people from around the world have shared their stories with us as they go through amazingly positive or incredibly difficult times in their lives. It’s really touched us all and feels like a driving force for new creativity.”

ABOVE AND BEYOND have made a huge impact over these last 14 years, and this new album is a great reflection of their success.  The album is going to be made up of 16 tracks, including “Blue Sky Action,” “Sticky Fingers,” a new album version of “Hello,” and will also be featuring their pals Alex Vargas, Zoë Johnston and Justine Suissa.

These guys have always been all about the love and the moments spent with those loved ones; and with this new album they want fans to be able to take that to a new level.  Fans will be able to create their own artwork for the album here as well as listen to a preview of one of their new singles featuring Zoë Johnston. 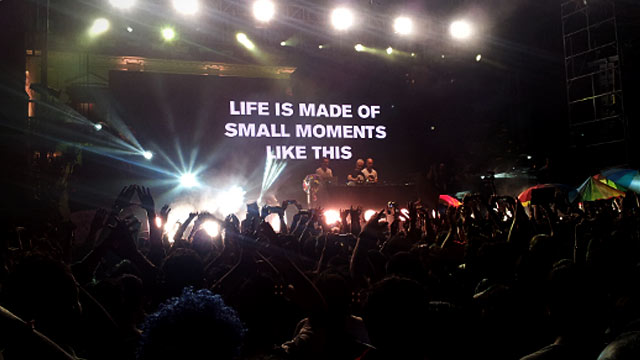 The new song as well as the full video will be revealed on Friday and then played for the first time on Saturday at Madison Square Garden in New York City for their ABGT100 performance, a celebration of their hundredth episode of Above & Beyond Group Therapy.

“We Are All We Need”