The Glitch Mob’s new album is nothing less then powerful. Comparative to Drink the Sea they did not stray too far, still using their iconic synths and signature drum beats, but their sophomore album, Love Death Immortality, really has a lot more drive behind each song.

Starting off with a killing, “Mind of a Beast” is anthem-like and adequately named. Other songs oozing with strength and energy include, “Skullclub” and “Can’t Kill Us”. Visually, the music video for “Can’t Kill Us” was as explosive and mesmerizing as the song. Check it out above! Hopefully Beeple, the artist responsible for the music video’s visuals, will also work with them on the upcoming tour, amplifying the show tenfold. Both “Skytoucher” and “Carry the Sun” have a happier feel paralleled to the other non-vocal tracks although, each entirely different. “Skytoucher” sends the listener on the ultimate roller coaster, while “Carry the Sun” feels much more like a pure build with a sweet wave that washes the drop over.

The time taken to produce the album proves to be used wisely on vocal choices for five songs on the album. Aja Volkman very much portrays her talents playing the part of hauntingly beautiful in “Our Demons” and the pop star in “I Need my Memory Back”. The sweet voice of Yaarrohs juxtaposed with the deep drum beat in “Fly By Night Only”, compliments the story the lyrics tell as well as, add an air of mystery. Siren, Metal Mother, seduces and bewitches in “Becoming Harmonious”. Though above all, “Beauty of the Unhidden Heart” ft. Sister Crayon, is mystical and unlike the rest of the album. Keeping uniform with elements of extreme power, it goes beyond beauty when a soft harp and breathy voice of Sister Crayon are added.

Each song in the album has been clearly thought out from the lyrics and samples, to the name. Even the album title, Love Death Immortality, encompasses the story of the songs it holds. A fellow fan shared my enthusiasm while speaking about the album. We both agreed on its power but he pointed out the importance by saying, “[I] wouldn’t be surprised if this will take them into the realm of the ‘big acts’ in edm, now I’m just hoping they don’t stray too far”. I think we are about to see an extreme rise of The Glitch Mob. Congratulations edIT, Boreta and Ooah, the time spend on this album paid off! 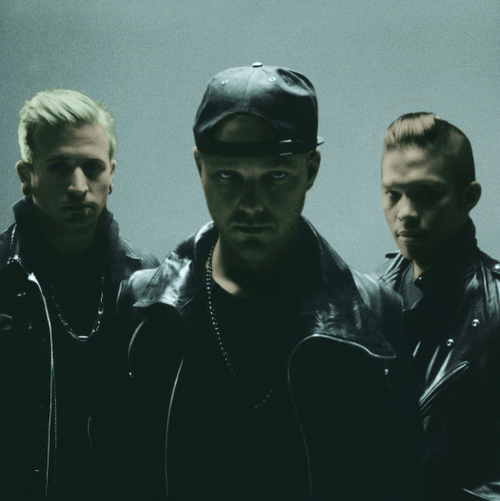 The Glitch Mob is itching to take Love Death Immortality to its natural home on the stage, in all its crowd-pleasing glory, and that’s exactly what’s going to happen when The Glitch Mob kick off their biggest tour yet in March 2014. Accompanied by massive production from Martin Phillips of Bionic League – who’s developed staggering concert visuals for the likes of Daft Punk, Kanye West, and Deadmau5, expect the Mob to dominate festivals and large venues well throughout the new year. “We’re taking a more hands-on approach to the live show this time around,” says Ma. “The whole experience is going to be personally curated by us. We’re designing really cool video-interaction apps to integrate the experience, really letting the audience in on what we’re doing onstage.”